This is the view of Hoover Dam from the Mike O’Callaghan-Pat Tillman Memorial Bridge.   The dam is  726 feet tall.  As you can see, it is much lower than the bridge.

This is the view of the bridge from the dam.  The bridge towers 840 feet above the Colorado River and is the 2nd highest bridge in the United States.

There is a paralyzing fear of heights that runs in my family, or more accurately, the women in my family are all terrified of heights, especially my mom.

During the summer between 2nd and 3rd grade I broke my left elbow in three places and had a huge cast that extended from my finger tips almost to my shoulder.   The cast served as a formidable weapon and, since I only weighed 70 pounds, it also made a nice counter weight, causing me to walk with a peculiar tilt. That summer, my aunt came to visit from Philadelphia and one of the things she wanted to do on her tour of the great southwest was to visit the cliff dwellings at Mesa Verde, so we did.  The more impressive sites are only available by guided tour so curious looky-lous like ourselves can be shuffled through in an efficient one way parade.  We were touring the Cliff Palace site and did not realize until it was too late that the only way out involved climbing multiple ladders up the 100 foot vertical face of a cliff.  Upon realizing this, I could see the wheels begin to turn as my mom weighed the inconveniences of setting up permanent residence in a cliff dwelling vs. the embarrassment of explaining to the park ranger that hell would sooner freeze over before she set foot on a ladder.

Not wanting to look like a trembling coward, she grabbed my remaining good hand and flagged down one of the tour guides.  “I’m afraid we’re going to have go back the way we came,” she explained, turning me around to display my club arm, “there is no way my daughter can climb those ladders.”

She was right. Although I was still able to ride horses with my arm in a cast, it covered my hand in such a way that I could not grip anything larger than a table knife.  Granted, I had climbed in to the cliff dwellings using only one hand but was never more than a few feet off the ground.  While she was being truthful about my condition, the cast on my arm only served as a subterfuge for her own paralyzing fear of heights.  If my arm hadn’t already been broken, she may have broke it for me or allowed me to pass out from heat stroke merely as a ploy to get out of climbing the ladders.

I told you that story so I could tell you this one.

I’m 36 years old and suffer an inconsistent fear of heights.  It’s not so much that I’m afraid to be off the ground, I’m afraid to climb off the ground.  For instance, I have ridden every roller coaster at Six Flags and the Desperado roller coaster at Buffalo Bill’s Casino in Primm, NV.  It is one of the tallest and fastest rides in the country reaching heights of 209 feet and speeds of 90mph. Yes, I’ve ridden the rides, flown in hot air balloons and stood on the observation decks of both the Empire State Building and the Stratosphere Tower.  Now, ask me to climb a ladder onto the roof of my house. No fucking way!!!  Absolutely not and my palms get sweaty just thinking about it.  I’ve tried and, at two rungs from the top, become frozen like a pillar of salt every time.

Two weeks ago, on a road trip to Las Vegas, NV, I had to drive over the Mike O’Callaghan-Pat Tillman Memorial Bridge pictured at the top of this story.  There is no longer an option to drive over the dam, all traffic is routed over the bridge and you have to back track if you want to see the dam.  On previous trips, I would stop at the dam and admire the progress on the bridge construction, each time commenting on how I would sooner stop going to Vegas than to drive over that terrifying monstrosity once it was completed.

As it turns out, I was wrong about that and when the bridge failed to collapse under the staggering weight of my Hyundai Accent, I decided that merely driving across it was not good enough.  Perhaps it was the L’appel du Vide, the call of the void if you will, but upon seeing the footpath built in right next to the lanes of traffic, I had to walk across the bridge.  Yes, had to.  Sweating profusely and suppressing the fear that my iPhone would be sucked from my clammy hand and plummet into the river below, I marched straight across stopping only to take pictures and tweet about my astounding bravery.

On the way home, I wanted to get some fun PiYo pictures in the ruins of various abandoned road side attractions.  We stopped at Two Guns in Arizona where I decided it would be cool for me to do a side arm balance on a crumbling stone wall.  I found the perfect specimen, a wall about 4.5 feet tall and easily 18 inches wide.  Side arm balance is an easy pose for me. I can pop right into it and stay there all day.  This is not because I’m so gifted, it’s just because it’s a basic pose.  That is until the element of height is added to the equation.  Something that I usually do with very little thought or effort suddenly became unduly difficult as I was certain that if I extended all the way and looked up, I would inexplicably be pulled over backwards by an unseen force that does not exist on the ground but magically appears at the nose bleeding height of 4.5 feet.  I made several attempts while Rick sat patiently with the camera but each time I was too awkward and shaky to execute the pose correctly. Just two days earlier I had gleefully walked across a bridge that was 840 feet high.  Was I scared? Yeah, duh, but I still did it, so why couldn’t I do one simple side arm balance right now?

Perhaps a more basic question would be, if I’m too afraid to climb onto the roof of my house shouldn’t that automatically exclude the possibility of flying in a hot air balloon?  Shouldn’t being nervous on a wall shorter than I am tall make the journey to the top of the Stratosphere Tower (1148 feet) completely out of the question?  Well, maybe it should but it doesn’t so that makes me wonder what the source of the fear is and why I can overcome it in certain situations.  For one thing, I know that past a certain height, say 100 feet, a fall is probably fatal.  Therefore it is not any more dangerous to be 1000 feet up than it is to be 100 feet up because a fall will result in death either way, whereas a fall from a lower height will likely only result in horribly disfiguring injuries.  Another possibility is that, not unlike having an irrational fear of mice or an unjust prejudice that is a learned behavior passed down from one generation to the next, my mom may have unwittingly taught me to be afraid of climbing.  She never came right out and said “you should be afraid of this” but as a child when I saw she was afraid, I assumed that meant there was something to be afraid of and therefore developed a belief that climbing is scary.

Executing a simple yoga pose should be just as easy on the ground or on a surface at any height.  Performing the action of climbing a ladder is not any more complicated than crawling across the floor, in theory.  The only difference I can see is the belief that there is something to be feared.  Fear is a hugely powerful emotion and the mind does not differentiate between rational and irrational once the belief that something is scary has been formed.  Think about that.  How many women do you know who are afraid of mice?   I know ladies who will shriek and climb on top of the tallest thing they can find to avoid a mouse.  Why? A mouse is certainly not as dangerous as, say, a dog, yet dogs are welcomed into the home, allowed to sleep in human beds and pampered in every kind of way.  Turn on the news and you don’t hear any stories about children being mauled to death by mice.  The ER is decidedly short on mouse related injuries except perhaps for  broken necks caused by leaping from 2nd story windows while trying to escape a deadly mouse.

Likewise, not many people die from falling off ladders.  I mean, it happens, but not anywhere near as frequently as car accidents or hand gun fatalities, yet use of those things is considered by most to be good, right, and necessary.  It would make a lot more sense to be afraid of riding in cars or of getting shot in the face by a stranger while eating a Denver Omelet at Denny’s than to be afraid of climbing a ladder, which is much safer by comparison.

I’ll make this prediction.  You find me a woman who is terrified of mice and I’ll show you her mother and daughter that are too.   My mom is afraid of climbing but not of mice, and I am the same way. Coincidence? 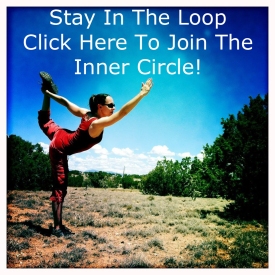